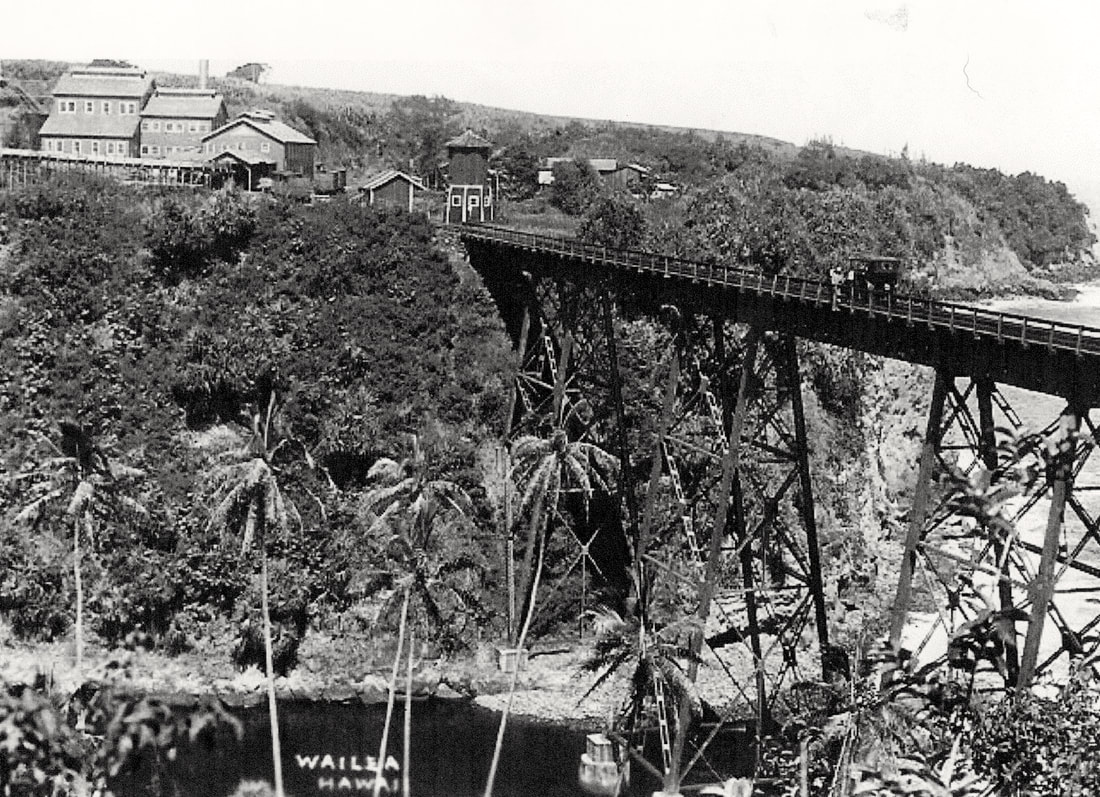 Wailea Milling Company was a sugar cane operation on the Hamakua Coast of Hawaii Island. In operation from 1921 to 1944, it was exclusively for homesteaders. The homestead lands were interspersed with Hakalau Plantation lands owned by C. Brewer and Co., one of the “Big Five” sugar industry corporations in Hawaii. C. Brewer was openly doubtful that Wailea could be successful but also saw it as a threat.  As for the homesteaders, they did not trust Hakalau Plantation to give them a good price and were eager to be independent.

The primary source of information for this history comes from the newspapers of the time. In the period from about 1906 to 1944, they addressed some of the basic questions that tell much of the story:

The Big Five sugar processing corporations were among those who worked towards the overthrow of the Kingdom in 1893 and promoted the later U.S. annexation in 1900. But not all of the changes to come favored them. “American values” had long driven a homestead movement on the mainland U.S.--individual farmers, free to make their living on their own lands.
More

The Demand for Hakalau-area Homesteading

Valuable public lands leased to Hakalau Plantation expired in 1906 and 1912. This coincided with the newly formed government of Hawaii -a Territory of the U.S.- that actually advocated for homesteading. Other advocates included a sugar plantation management who saw it as a means of stabilizing an unsettled workforce. Homesteaders were, of course, expected to form a partnership with Hakalau Plantation for harvesting, milling and marketing the cane. This didn’t happen easily, but it was doable.
More

Desire for an "Independent" Homestead Mill

The idea of an independent homestead mill first appears in the Hilo newspaper in 1912, but it was about Laupahoehoe, not Wailea. Then came accounts about the prospects for Waiakea (Hilo) and Kaiwiki (above Wainaku). Finally, in 1919, Wailea came into the news in a big way.
More

The Formation of the Wailea Milling Company

The first newspaper accounts of plans for the Wailea Mill don’t appear until May 22, 1919 in the Hilo Daily Tribune:
​“Plans are underway for erection of a homesteaders mill at Hakalau but nothing definite has yet been announced by the trustees acting for the homesteaders concerned…The site for the mill has already been secured at Wailea.”
This homestead mill wouldn’t have happened were it not for the demand coming directly from the homesteaders, but it needed strong advocacy and a dogged search for capital to get it oﬀ the ground.

There was much to get right:
More