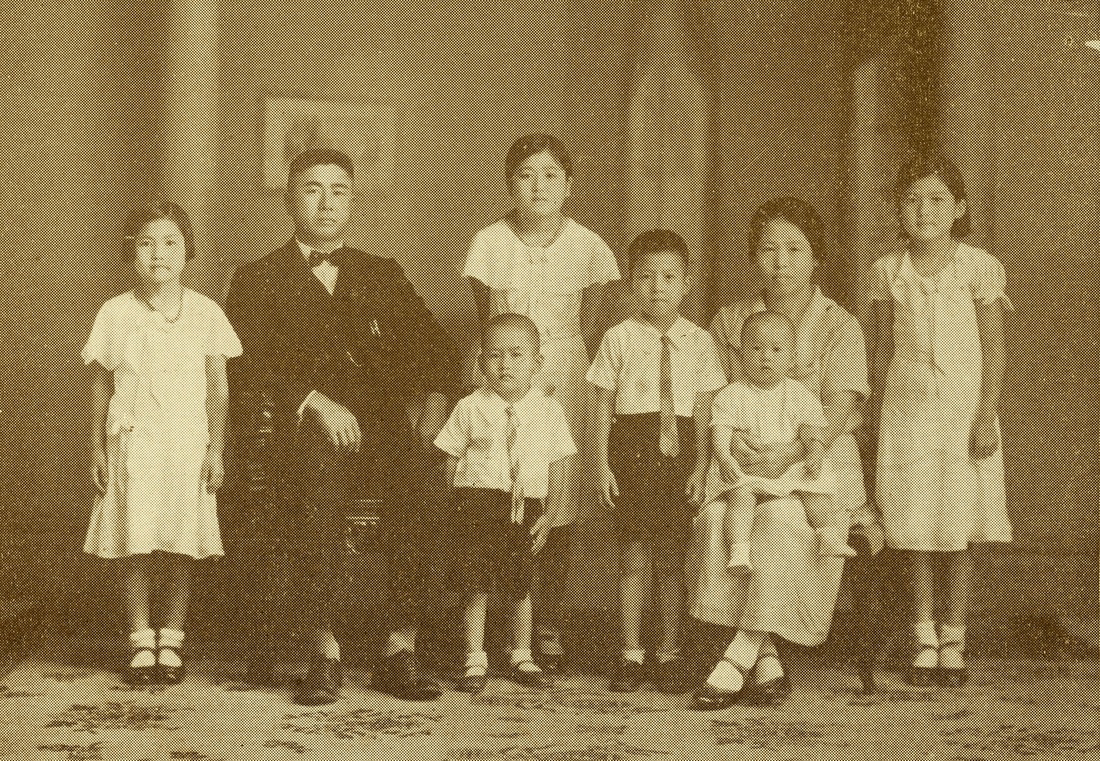 Wife: Satoyo; Sons: Goro, Tadashi, Isao; Daughters: Haruko, Yasuko, Yuriko
In September, 1908 he moved to Hawaii and has resided at the present address. He is very well trusted in the community, and has spent many years as the president of New Hope Society (Shinrei-kai) organized by community members. In 1927 when Buddhist Study Association (Bukkyo Shuyou-kai) was founded he became the president and served for many years.

Currently he holds a very important position as the vice president of Wailea Sugar Cane Company, and lives a very peaceful family life with his wife Satoyo and their three sons and three daughters. Since May 1928 when he was elected as an executive of the church and its Japanese language school, he has put out tremendous effort in the work of advancement in both the church and the school. In May 1932 he was elected as the vice principal of the school and worked with full devotion. The following year he was elected as the principal and continued his dedication in the work of the church and the school.
​We know from the ganshu (the wish was made to build the Temple on 4/4/1936) and the munafuda (plaque signifying the groundbreaking for building the temple on 6/21/36) that he was the Construction Committee Chairman for the current Temple, Social Hall, and Parsonage.