Some thoughts:
There was a 200-man workforce, but a handful served as the face of the Company.  Unlike the personnel transfers typical for key positions at the Big Five plantations, these men were present throughout.  It is likely that most living in the Hakalau area during this era knew who they were:
They proved to be solid, reliable and permanent.
​
The newspaper summaries and excerpts below are organized as a summary of themes and, within the themes, a timeline. When a newspaper article is particularly informative, the full article is provided through a hyperlink.

View of Wailea Mill from Old Mamalahoa Highway next to Ka`ahakini Gulch. Wailea Store Camp (aka Wailea Mill Camp) is to the left of the mill. Between the mill and the automobile is a flume. Honolulu Star Bulletin, June 18, 1927, accessed via Newspapers.com.

Honolulu Star Bulletin, Saturday, January 26, 1924
The Big Five Plantation mills in Hamakua were built during a time when their raw sugar was transported to the refinery via steamers. It was necessary to have the mill in proximity to a landing for oﬀ-loading. Wailea mill was built right beside the railroad. This made it more eﬃcient to serve homesteaders on lands 6 miles on up the coast in the Ninole and Waikamalo area. 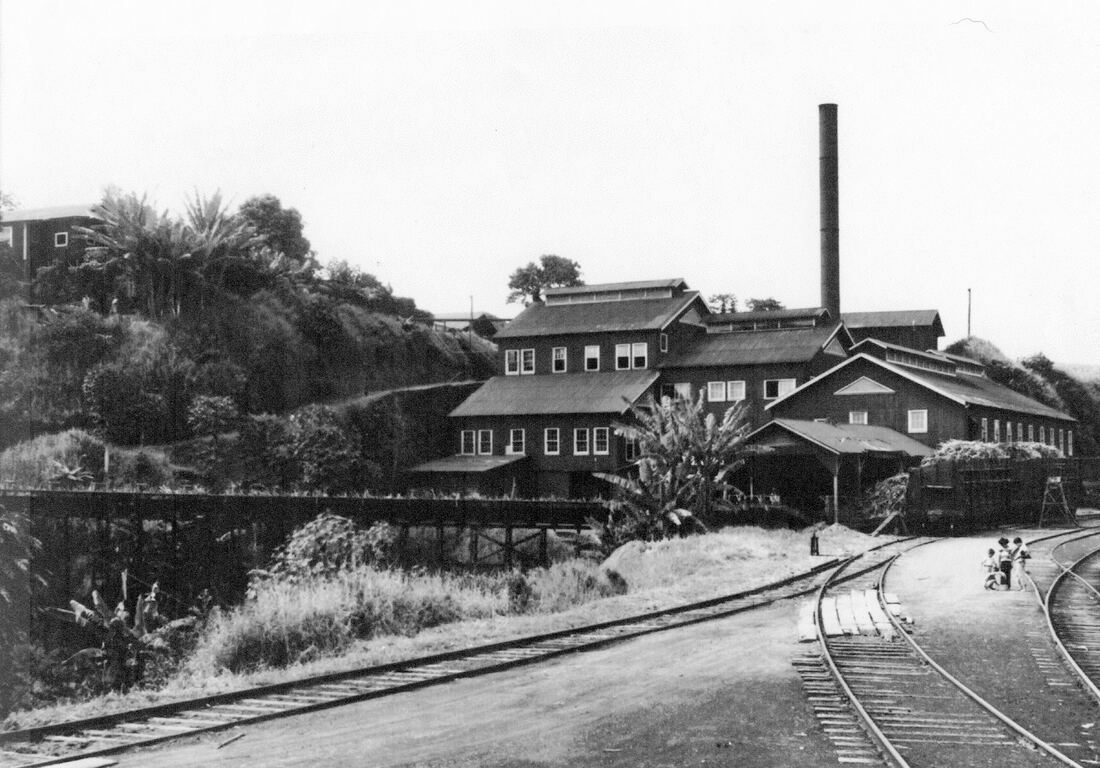 Wailea Mill adjacent to the railroad. Wailea Mill Camp (aka Wailea Store Camp) is to the left. Photo courtesy of the Lyman Museum.
Honolulu Star Bulletin, Monday, July 2, 1928
A description of the scope of work undertaken by the Company workforce on behalf of the homesteader. He was capable of tending to the cane as it grew but plowing and harvesting was a workload well beyond one man:
“Under the contract with the Wailea Milling Co., the homesteader, the seller, meaning the homesteader, receives 60 per cent of the net returns from the sugar manufactured from his cane; he bears all cultivation costs, pays land taxes, cutting, loading and delivering cane to the factory.”

The Honolulu Advertiser, Friday, September 7, 1934
Operations for both Wailea and Hakalau were complicated by the fact their lands were interspersed:
“Their lands are interspersed with the lands of Hakalau Plantation to such an extent that an eﬀort to show their position on the sketch- map completely baﬄed the present critic.”
​
The Honolulu Advertiser, Sunday, November 9, 1941
In general, the homesteader tended to the growing of the cane, fertilizing and poisoning weeds. So Wailea Milling needed a workforce for plowing, harvesting, milling:
“The Wailea plantation population numbers about 400 and the payroll about 200, all inclusive: fields, mill, stables, carpenter and machine shops, store and oﬃce staﬀ, day workers and foremen.

Hawaii Tribune Herald, Tuesday, October 6, 1925
“Wailea Mill was started in 1920, and under the management of Costa it has combatted numerous obstacles, has made money every crop, and today is an established and recognized going concern.”

Hawaii Tribune Herald, Friday, July 2, 1937
“Under the supervision of Contractor Nagamatsu, the Wailea Milling Co. is building six 24 by 36 cottages at an estimated cost of $8,490.”
​The Honolulu Advertiser, Sunday, November 9, 1941
“Under his [Costa’s] management, this little sugar company has built up an enviable record for prompt payment of just bills, I was told by merchants and other businessmen in Hilo. And so, these cane-growing homesteaders have made good in their 21 years of endeavor.”

As noted, the back and forth with Hakalau Plantation during the formation of Wailea mill was contentious. So, apparently, were the early days of operation. A “rumor” is recounted in which Hakalau Plantation turns up to harvest homestead land belonging to August Costa:

Hawaii Herald, Friday, June 3, 1921
“Mr. Costa voiced his disapproval that this cane should be milled in the Hakalau mills…Manager John M. Ross of the Hakalau Plantation arrived and told his men to proceed with the cane cutting…A scuﬄe ensued with the result that Mr. Costa’s shirt needed some mending, and Manager Ross will have to visit the opticians for a couple of new lenses.” 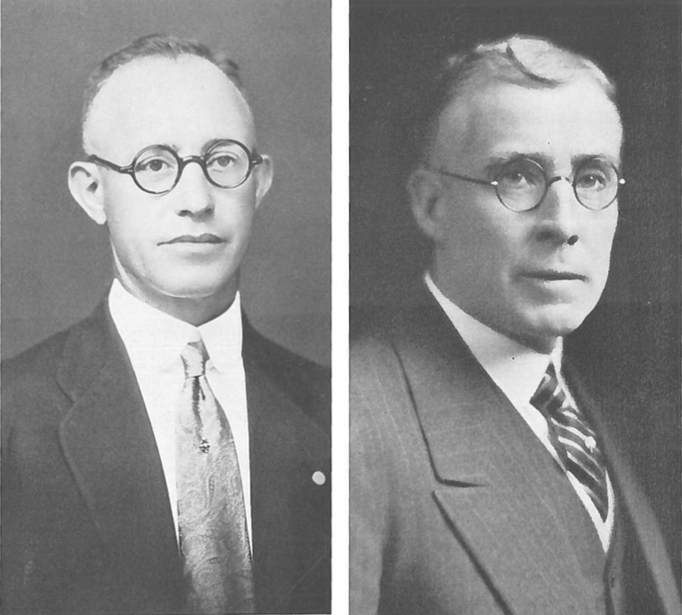 Augusto Souza Costa (left), Manager, Wailea Milling Company; John Munro Ross, Manager, Hakalau Plantation.
Mr. Costa's from Men of Hawaii, 1935.
​Mr. Ross' picture from Men of Hawaii, 1930.
Hawaii Tribune Herald, Saturday, May 1, 1926
It is a credit to both men that they soon came together, even in the face of their competing views. (By 1926, Costa was also on the Hawaii County Board of Supervisors.)

“‘It is a known fact that North Hilo has never gotten a square deal’, it was declared by John M. Ross, who asserted that he spoke from 31 years experience. ‘This is the first time in all these years that North Hilo has ever had a chance to express an opinion, and if it wasn’t for Supervisor August Costa being on the board you wouldn’t be here tonight.’”

The Honolulu Advertiser, Sunday, November 9, 1941
Fifteen years later, there is this description:
“The company [Wailea] was organized in 1919 when the group of homesteaders believed they could grow and grind their own cane. However, the relations of lesser and larger sugar production units are entirely amicable and have been for years. The Wailea cane farms are lands that formerly grew cane for Hakalau Plantation Company, and occupy squares of the common checkerboard, but the managements of the two plantations cooperate with each other in many ways.”

There are many indications from newspaper accounts and other sources of the good relations among those who lived and worked in the Hakalau area. Hakalau School was for all. Various community and sporting activities were for all. Wailea families used Hakalau Plantation Hospital and clinic. Other examples: Satoru Kurisu, Vice-President of the Wailea Milling Co., was also chairman of the construction committee for the new Hakalau Jodo Mission (1936), still present today in what was the heart of Hakalau Plantation. President August Costa was also president of the PTA for Hakalau School.

Hawaii Tribune Herald, Saturday, March 11, 1944
Mr. August Costa:
“An oﬀer has been made by the Wailea Milling Co. Ltd. whereby its property assets and liabilities are to be turned over to the Hakalau Plantation Co. A tentative agreement has been reached that will benefit Wailea Milling Co. stockholders and adherent planters and yet should in the long run prove beneficial to the Hakalau Plantation Co. as well. … much of the stock is held by many small stockholders living in the community.”

The reasons
Hawaii Tribune Herald, Saturday, March 11, 1944
Mr. Costa explained it this way:
“In view of the present emergency (war), the future is more uncertain for small plantations. The rapid mechanization of harvesting operations, due to shortage of manpower, bring Wailea to the prospect of facing a heavy investment in harvesting equipment and cane cleaning plant. An extensive road building would be necessary to keep up with machine development.”

Hakalau Plantation Manager Jennings had a different summary:
“…Time has proved that it has been wasteful and not an economical procedure to operate two factories in view of the fact that Hakalau has the capacity to handle all the cane in the district. The Wailea Milling Co. has been able to survive through the diﬃculties that are inherent in small sugar producing units and have particularly beset all small plantations in Hawaii, largely through the energy and resourcefulness of Mr. Costa.”

Oﬀering an opinion here, one can find merit in both explanations. As Costa says, the inevitable capital requirements of mechanization were more than they could handle. But that shortcoming was due to its size and independence. C. Brewer had deep pockets suﬃcient to make this change.

C. Brewer never really gave up its contention that Wailea was never a viable idea. Yet it proved successful for 23 years. 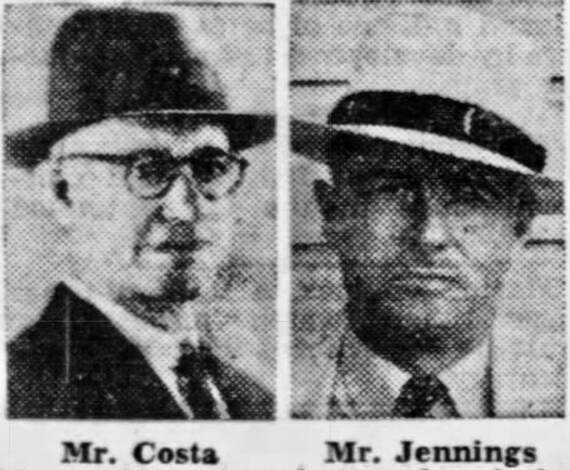 Honolulu Star Bulletin, March 13, 1944, accessed via Newspapers.com
Workforce absorbed into Hakalau Plantation Company
​Honolulu Star Bulletin, Monday, March 13, 1944
Mr. Costa:
“…Wailea Cane will be ground at the Hakalau factory. ..All Wailea Milling Co. employees will be absorbed into the Hakalau Plantation Co. organization and no disruption in their working or living conditions will be necessitated by the change.”
6Hawaii Tribune Herald, Wednesday, April 17, 1946
“August S. Costa of Wailea Will Leave for Coast”: The Wailea Social and Recreational Club is honoring Mr. and Mrs. August S. Costa of Wailea at the club hall tonight at 7...The couple and daughter Loretta are leaving at the end of this month for the mainland to join their son Wilfred who is attending school there..”

August, brothers and sister stick together
A tight-knit family.  August left for the mainland in 1946 at age 57 and died March 1, 1975 at age 87 in San Leandro, California.  He was buried in Hayward, California.  The other siblings associated with Wailea Mill Co. also moved to San Leandro.  His brother Peter, the machinist for the mill died 1965 at age 76 and is also buried in Hayward.  (He had worked for Hakalau Plantation for a time after the Wailea Mill ended.)  Sister Virginia Toledo, wife of Frank Toledo, former Wailea Mill Storekeeper had returned to Hilo from San Leandro in 1948 where he died in 1950.  She died in San Leandro in 1978 and was buried with her husband at Homelani, Hilo. And brother Antonio, bookkeeper, died at age 81 in 1975 in San Leandro and was buried at Homelani.

August was formidable in his own right but obviously had the support of his family.  They had stuck together throughout the life of the Mill company and through their later years.

The mill is dismantled
Hawaii Tribune Herald, Sunday, September 22, 1974
This writer lived in Wailea for 5 years in the 1950s as a grade-school kid but saw no sign of a mill. In a 1974 interview, 86 year old John Vierra, the mill engineer, accounts for what happened to it:
“When the mill was sold to Hakalau Plantation in 1944, part of it went to the Philippines, some went to Kilauea Plantation on Kauai, and the reminder was shipped to Honolulu. The building went to the Highway Department.”
Less