Our home
in Hakalau

... a source of information for former and current residents that captures the historical, cultural and social uniqueness of our community 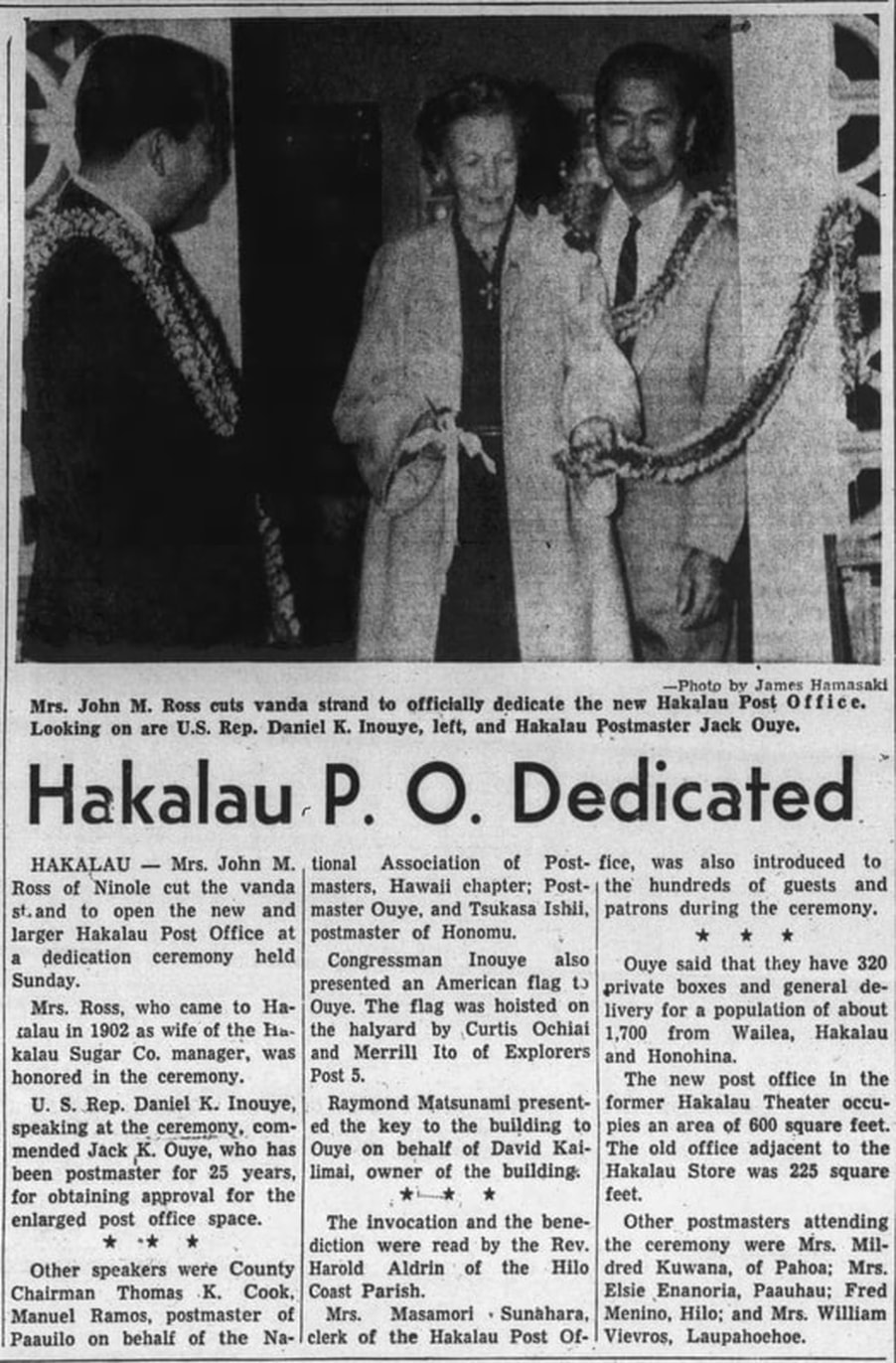 1987-1989: Attempts to close the Hakalau Post Office affected many small post offices on the Big Island. Hakalau Post Office survived due to the community support. Jack Ouye, Postmaster from 1936-1971 and President of the Hakalau Recreational Council spearheaded the community support initiative.
1993: The Hakalau Community Association held a groundbreaking ceremony for the "Hakalau Project" to refurbish the gym, build rooms for senior citizen programs and move the post office to the side of the E.S. Capellas Hall (in front of Hakalau School). Source: Hawaii Tribune Herald, October 14, 1993, pages 14 and 22.
2000: The Hakalau Post Office was not relocated adjacent to E.S. Capellas Hall. It remained in the old Hakalau Theater Building, along with another tenant, Hakalau Hall, a dance/concert venue for isle youth.