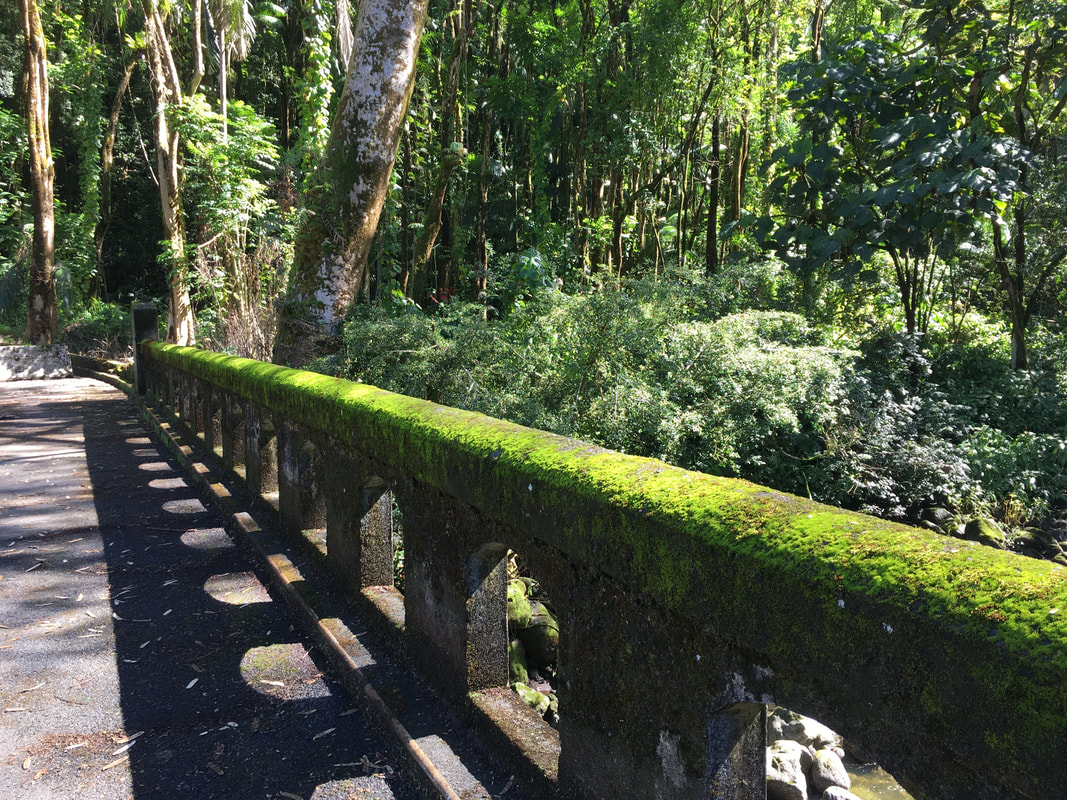 Kolekole Stream Bridge today, built 1929
The history of the bridges in the Hakalau Kuleana (along the coast and extending mauka between Belt Highway Mile Markers 14 to 20) is summarized using personal accounts, newspaper articles, photos from the Lyman Museum, descriptions and pictures from the  Hawaii State Historic Bridge Inventory and Evaluation (2013), Bridgehunter.com and other sources.

If you have pictures, maps and factual information to share, please contact us!
​The Hakalau Kuleana, the territory of the former Hakalau Plantation, is situated along the coast between Hilo and Honokaa. Ethnographer Kepā Maly describes Hakalau in a cultural impact survey of Hakalau, setting the stage for understanding the enormous challenge of building bridges in this area:

Traditionally, Hakalau is in an area once called Hilo-Palikū (Hilo of the upright cliffs), an area that extended from the bank of the Wailuku river to the Ka'ula gulch, which served as the division between Hilo and Hamakua. Because of the numerous streams, valleys and gulches, several sayings were used to describe the region, which at times, was treacherous to travel through. One saying describes the region:

Of Hilo-Palikū ​ it is said - One becomes short of breath traveling through Hilo, for there are many [400] hills, many [4,000] areas to descend, and many [40,000] streams to cross; indeed, while swimming through the waters of Hilo one becomes out of breath, but one is never out of water at Hilo.

...Then we reached the lofty top of the great Hakalau gulch, the largest of all, with the double river, and the ocean close to the ford. Mingling with the deep reverberations of the surf, I heard the sharp, crisp rush of a river, and of "a river that has no bridge".

In 1892, the North Hilo Road Board submitted an editorial protesting recommendations by the Public Lands Committee and demanding fairness in allocation of resources for roads and bridges. Their description of the conditions in North Hilo, including Hakalau Gulch, are below:
Evening Bulletin, October 30, 1892, accessed via Newspapers.com
Obviously bridges were needed to support the sugar industry, other commerce, and residents and tourists traveling from one place to another. This was no easy task.
Building bridges in the Hakalau Kuleana, with its gulches and abundant rain was and continues to require major engineering feats. Bridge maintenance and repair were and continue to be major, costly and time-consuming undertakings for which there appears to be too little capital, too few workers, and a multitude of funding, legal, and coordination hurdles stalling the work.

Materials used changed over time from wood, to steel, to cement.  Major storms, earthquakes, tsunamis and the corrosive power of flowing water pose major threats to bridges. The carrying capacity of old wooden bridges was and still is no match for the weight of commercial vehicles, including fire engines and ambulances.

Complaints from residents about bridge safety and the inconvenience resulting from bridge closures are common...and started with the building of the first bridges.
Bridges are the the lifelines for the populations along this coast. The potential for being stranded, cut off from access to either Hilo and/or Waimea is real.

Where are the bridges in the Hakalau Kuleana?

In the Hawai`i State Historic Bridge Inventory and Evaluation 2013, provides the most complete information regarding bridges, including changes over time in construction methods and materials, financing, and legal authorities. The Hamakua Coast bridges, including those of the Hakalau Kuleana, are described:

Hawaii Island contains by far the greatest concentration of historic bridges, perhaps due to its rural nature and consequent lack of development, and an abundance of land for alternate transportation routes without the destruction of older bridges and roads. Most of the Big Island's bridges are located along the Hamakua Coast, north of Hilo, due to its abundant rainfall and innumerable streams and gulches. In the 42.5 mile stretch from Hilo to Honokaa on FAP (Federal Aid Primary Route) 19, there are fifty‐one bridges, more than one bridge per mile. Remnants of the Mamalahoa Highway, the former belt road which runs parallel to the new highway, serve as a sort of "bridge museum" with examples of almost every remaining bridge type in the islands, including some of the oldest and rarest bridges found in the islands. A number of early masonry (lava‐rock) arch bridges dating from 1894‐1903 are located along the Mamalahoa Highway and are the oldest remaining bridges in the state.

Within the Hakalau Kuleana, the bridges which still exist and/or are known to exist include...
Along the Highway 19, the Belt Highway

How did bridge construction change over time?
​Wood, Steel and Concrete

Over time, the materials used to construct bridges changed, along with the bridge styles and methods of construction. 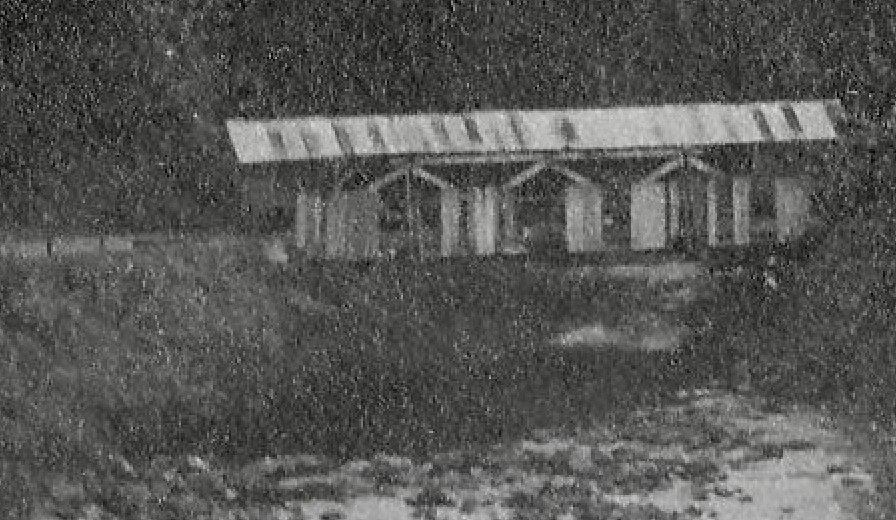 Close-up of the covered bridge over Hakalau Stream.

What is the impact of our environment on bridges?

More about the 1946 Tsunami 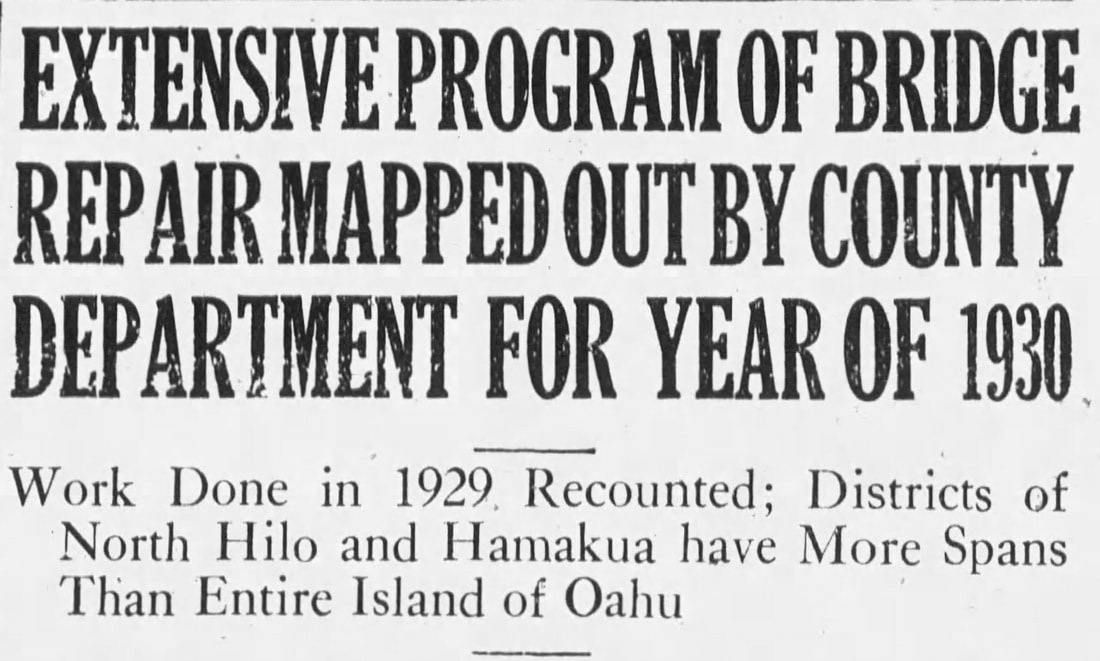