森川虎一
TORAICHI MORIKAWA
Hakalau
Family Origin: Otake Town, Saeki County, Kagoshima Prefecture
Birth: May 28, 1906
​Death: January 30, 1962
​Born in Hawaii
From The Light on the Ocean:
His father Kakuichi moved to Hawaii in 1900 and worked very hard. However, he passed away due to an illness in April, 1925. Toraichi graduated from the local public school in 1920, and then graduated from Hilo High School with brilliant records in 1924. Upon graduation he was hired as a Japanese Chief of purchasing department at the Sugar Cane Company. He was trusted by many as the head of the local boy scout and was respected as a model Japanese American citizen. Taking on his father’s legacy of dedication to the church and its school he is a rare devotee for a young man.
​
In the past few years he has been busy as the head of the school reunion association, an executive at the church, and additionally from May of this year the vice principal. His ingenuity is fully extended in many fields of the community. re to edit.
When the current mission was constructed in 1936, Toraichi Morikawa served as the Vice Chairman of the building Committee, noted both on the ganshu and the munafuda.

Ganshu, pledged April 4, 1936.
Throughout the 1930s and 1940s, his leadership in the community was mentioned often in the newspaper, including: 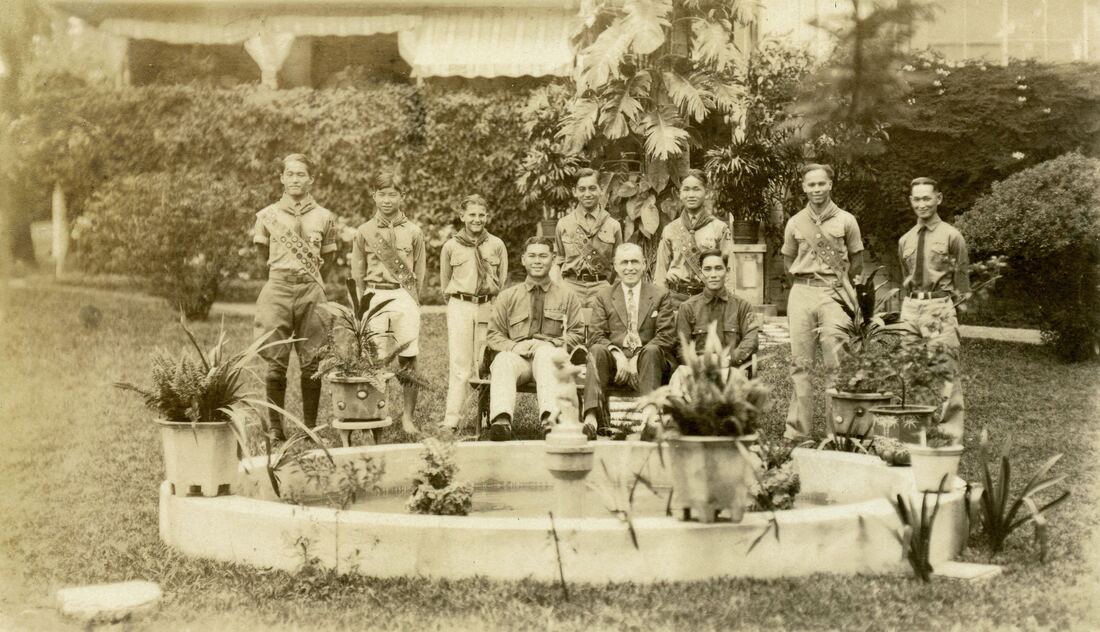 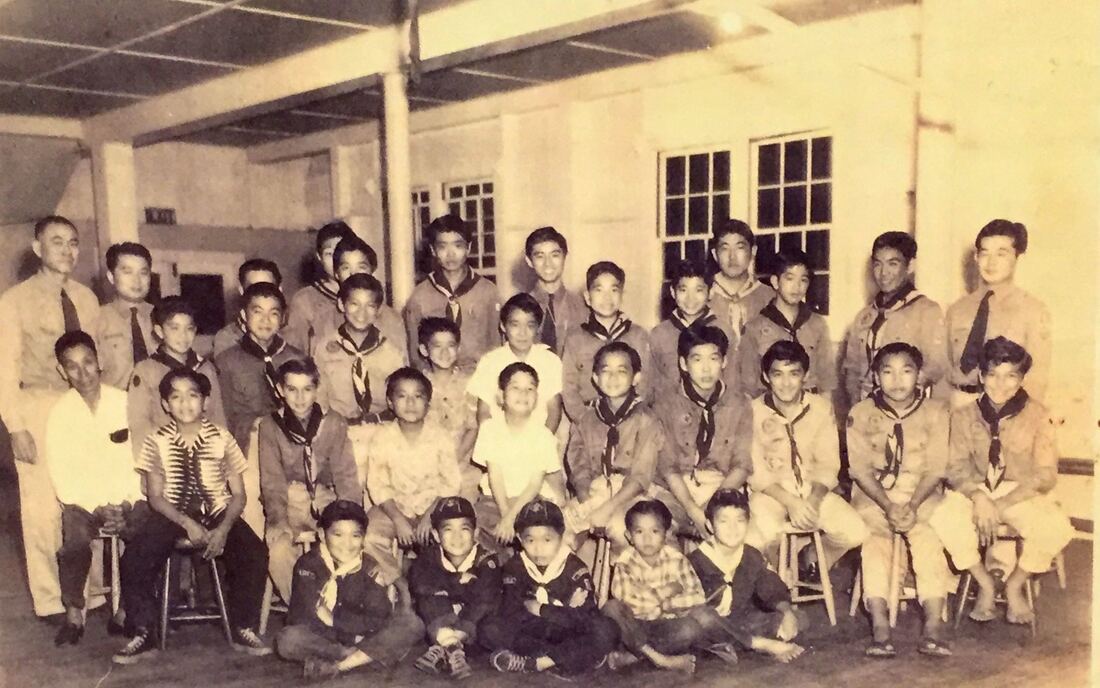 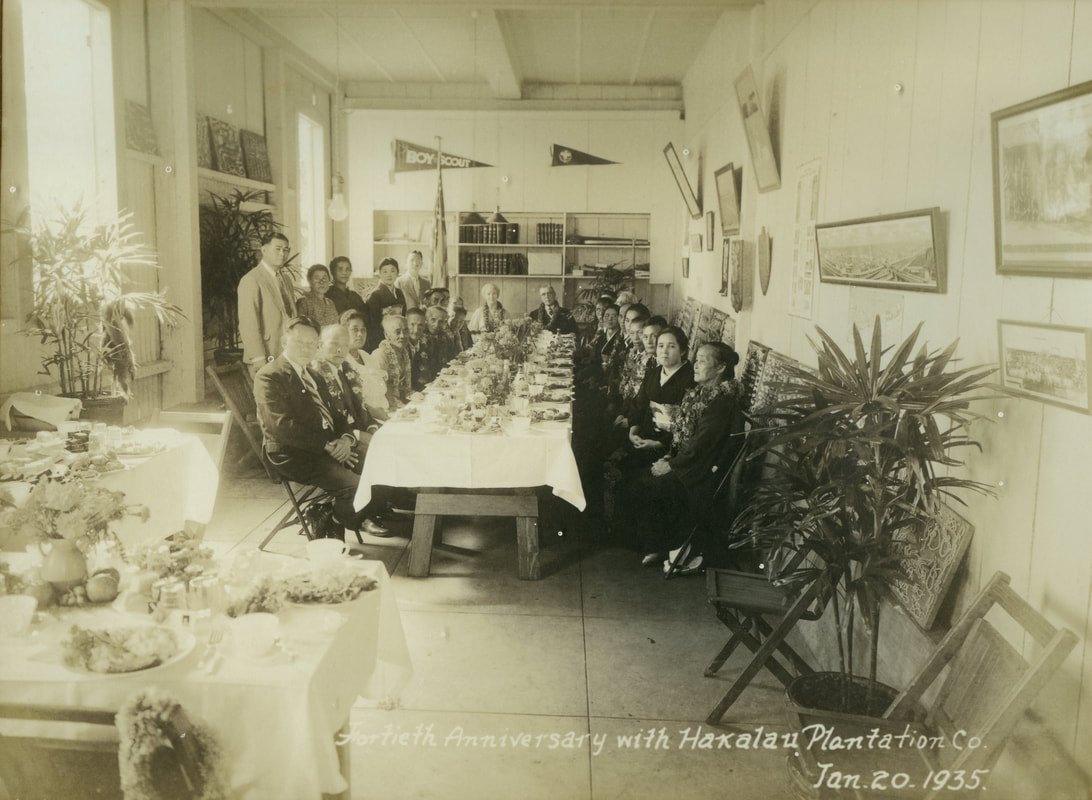 Toraichi Morikawa, standing on the left near the front of the table, helps celebrate employees with 40 years of service to the Hakalau Plantation on January 20, 1935. Plantation Manager John M. Ross and his wife, Georgiana, are seated at the head of the table. This gathering is in the Boy Scout den in the lower level of the gym. Photo from the Waichi Ouye Collection, courtesy of his family.
We are grateful for his leadership and dedication to the Hakalau Jodo Mission and the community.