In the 1927 picture below, taken from [Old] Mamalahoa Highway, heading down to Kolekole enroute to Wailea, Wailea Mill Camp houses are clearly visible above the Wailea Mill.

The houses and their occupants

The map below was created from memory and prepared for the Hakalau School and Community Reunion. Creator and date created are unknown.  There are clues that multiple time periods are reflected based on landmarks and residents listed. Multiple names are listed for some houses, perhaps identifying residents in different periods. 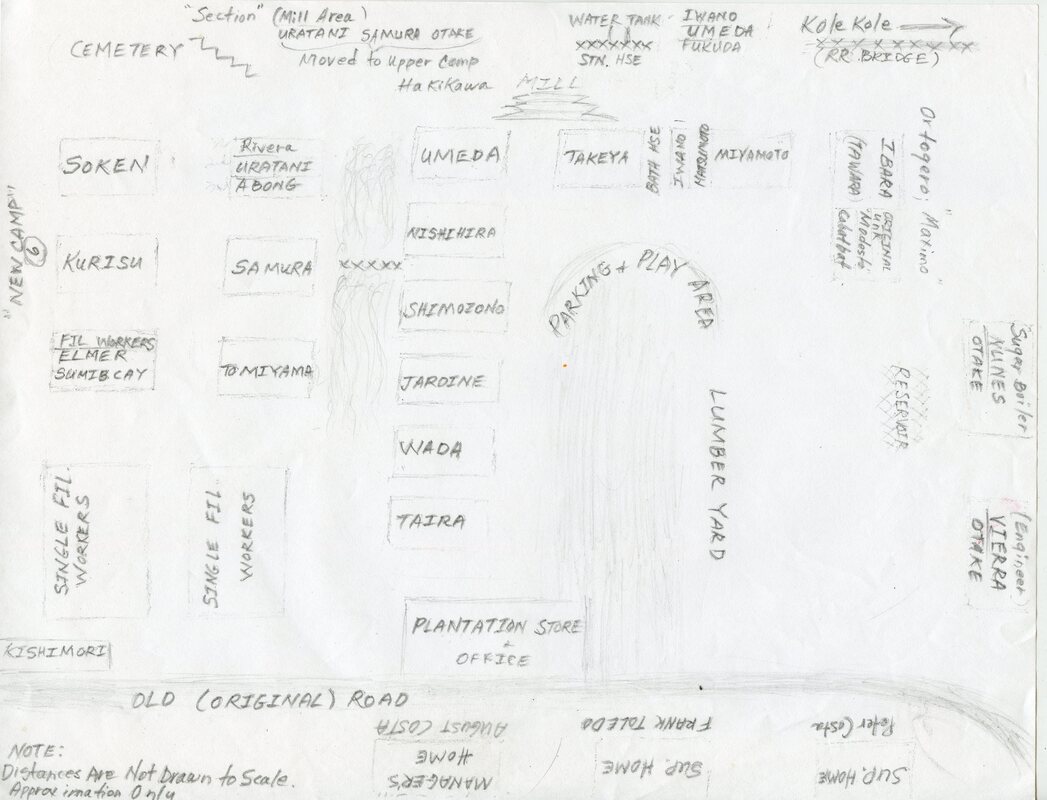 Pictures of houses and other buildings, along with other information are presented in groups based primarily on location within the camp: ​Follow the links to see the pictures.

How did we piece together this history?

Our understanding of plantation camps and life on the plantation comes from a variety of sources:

Please CONTACT US! if you have additional information regarding Wailea Mill Camp, known as Wailea Store Camp after Hakalau Plantation acquired Wailea Milling Company in 1944.