During the tenure of 8th Minister Mamiya, community engagement expanded and, after World War II, reflected the diversity of the population surrounding the Mission--Japanese, Filipino, Chinese, Portuguese, Scot, German and others. During World War II, the Mission was closed and Rev. Mamiya interned. After the War, community activities flourished, ranging from baseball, boy scouts, and aikido to feeding workers and their families during strikes of the 1940's and 1950's. At the end of 1962, Hakalau Plantation ceased to exist as a corporate entity and the camps, sugar cane lands and production facilities became part of Pepeekeo Sugar Company. In the 1960's and 1970's, camps were dismantled, and homes sold on a removal basis. Church members moved to Pepeekeo, Hilo and elsewhere. Church membership declined as the population moved away. Nevertheless, the commitment to support the community remained strong.

In 1944-1945, before Rev. Mamiya returned, the Mission opened for various activities in the Social Hall, including the Hakalau Civic Club, Hakalau Athletics, and private gatherings as well as the resumption of Sunday School.
All articles above are from the Hawaii Tribune Herald, accessed via Newspapers.com. There were no newspaper articles about gatherings at the Hakalau Jodo Mission published in 1942-44.
After Rev. Mamiya and his family returned to Hakalau in December 1945, he expanded the religious services and Buddhist gatherings and organizations, and added many community activities, all of which are detailed below. Of course, he was assisted in this effort by the community leaders who had remained active during his long absence. Key among these leaders were Hiyokichi Fujioka, Tatsuo Goto, Tatsue Inomoto, Shizue Kawamoto, Tomeo Kawamoto, Sayoko Kikuchi, Satoru Kurisu, Kikue Matsunami, Mitsue Matsunami, Yasuo Matsunami, Toraichi Morikawa,  Tomiko Nakano, Hideo Ochiai,  Toichi Toyofuku, and Misako Umei.
​
​Religious services and Buddhist Gatherings​
Religious services and rituals and Buddhist gatherings resumed after the war, including:
Funerals
There are a number of ceremonies in Japanese Buddhism surrounding death and the remembrance of the dead, principally family members and ancestors. These are a time for the family and/or larger temple community to come together to bear witness to those family and friends who have already entered the Pure Land and to re-affirm their relationship to them and to Amida Buddha through chanting the nembutsu.

Funerals provided the opportunity to honor the recently deceased, support the family and celebrate the community. Many of the funeral pictures are large, requiring a special camera. Because the population of the plantation was relatively small, there was only one photographer with such a camera. 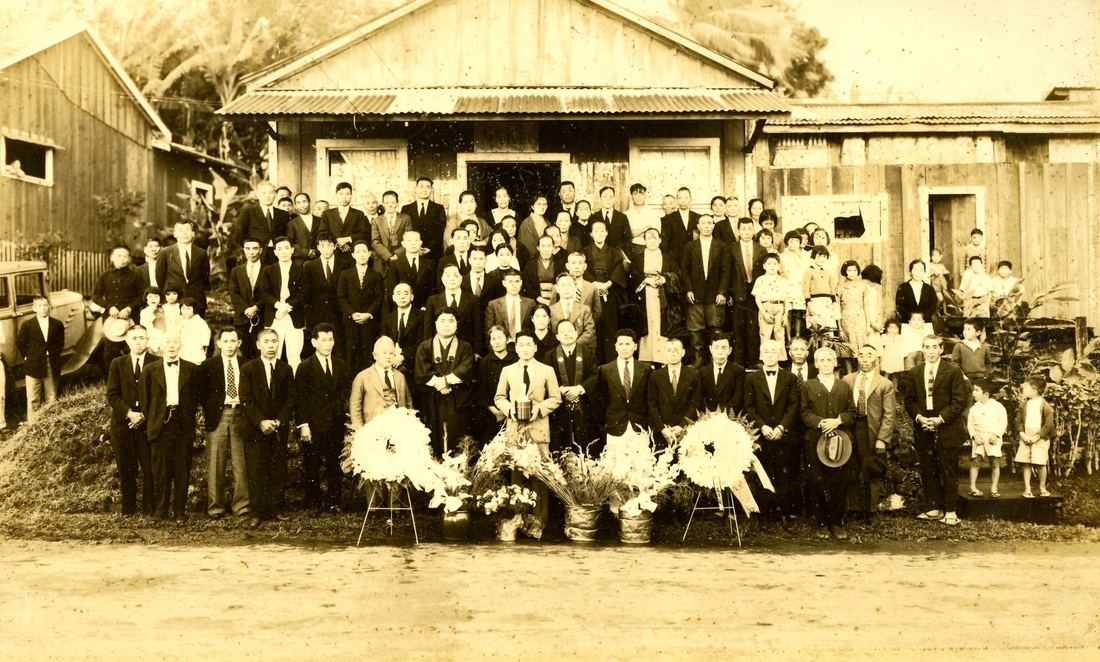 Hanamatsu Hanaoka, Deceased on February 7th, 1939 at the age of 65. He worked as a storekeeper and lived with the Ouye family (1910 and 1920 census). In front of Ouye Store in Umauma. Rev. Mamiya is just left of center. The officiating minister is to the right, probably Hongwangi, not Jodo-Shu. Waichi Ouye is believed to be the one holding the urn in the middle of the front row. Photo from the Waichi Ouye Collection, courtesy of his family.

Funeral, date unknown. Rev. Mamiya seated to the left of the casket. Copy of photo hanging in the Social Hall. 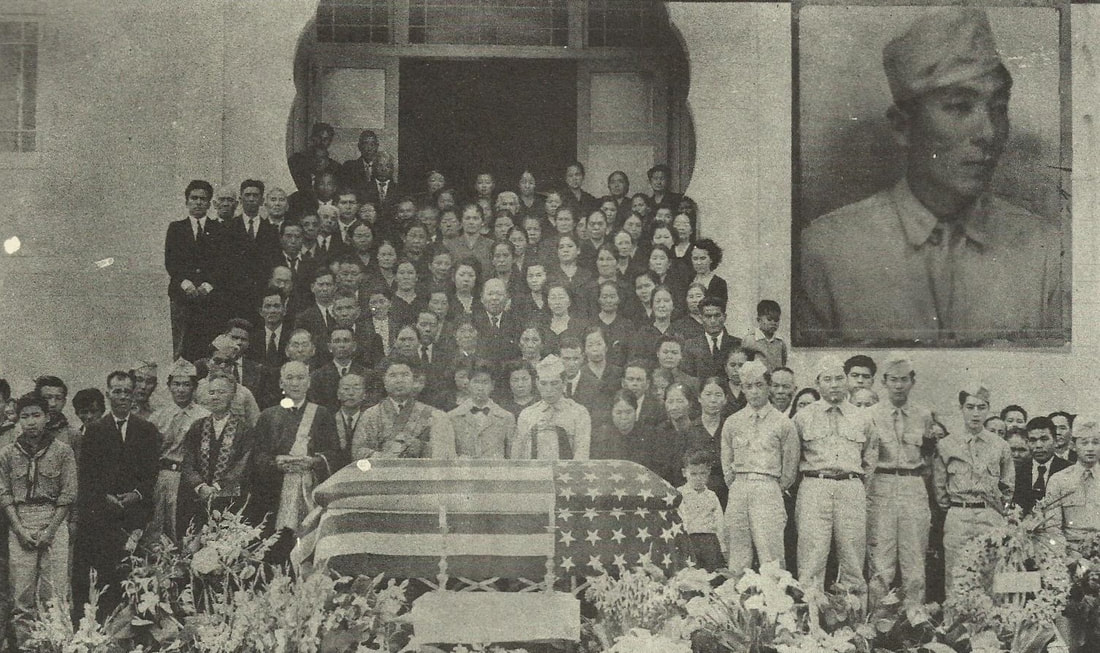 Memorial service for Onso Chinen, Private from the 100th Battalion, in front of the Hakalau Jodo Mission. Pvt. Chinen died in Italy on November 29, 1943. The memorial service took place in late February-early March 1949.
​Obon
After the war, the Mission resumed observance of Obon, another ceremony of remembrance and the traditional summer festival to welcome home ancestral spirits.This Buddhist observance came to Hawai`i in the late 19th century with a large wave of Japanese immigrants. Obon is observed in Hawai`i during the summer months, when family members place flowers and food on the graves of ancestors and friends and recite the nembutsu, an expression of appreciation, before the family altar.
​​
The centerpiece of the ceremony is the bon dance. It is believed that the first bon dances were performed in the fields where the immigrants labored, and in between houses on the plantation. Later dances were held in temple courtyards. As work schedules began to conform to the Western five-day week, bon dances began to be scheduled for weekends. The bon dance is a way of expressing gratitude to ancestors and loved ones no longer here. It is a way of reflecting upon the preciousness and fragility of this life. Even though the sense of loss of family and loved ones is strong, a festive mood prevails at the dance. 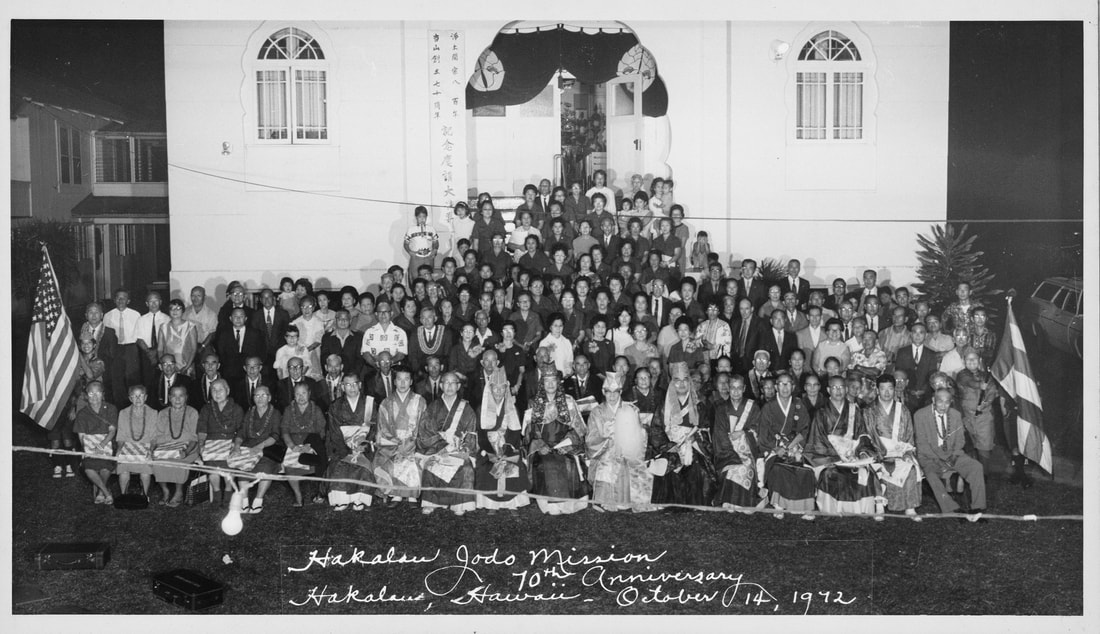 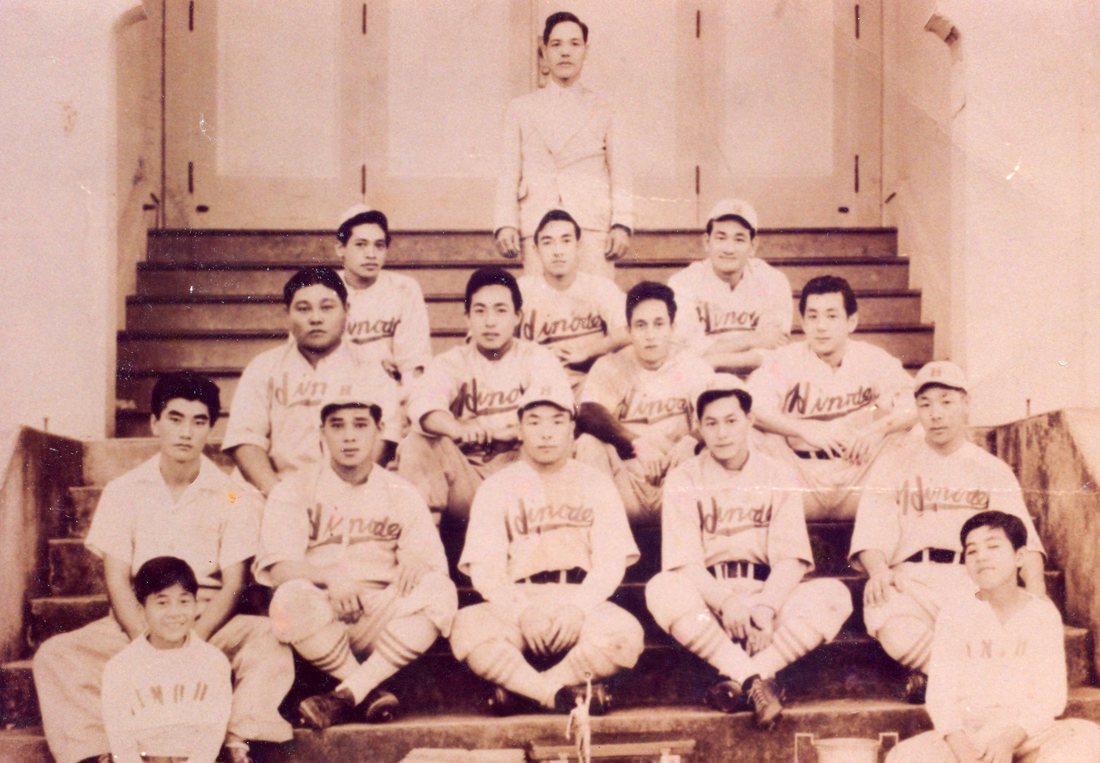 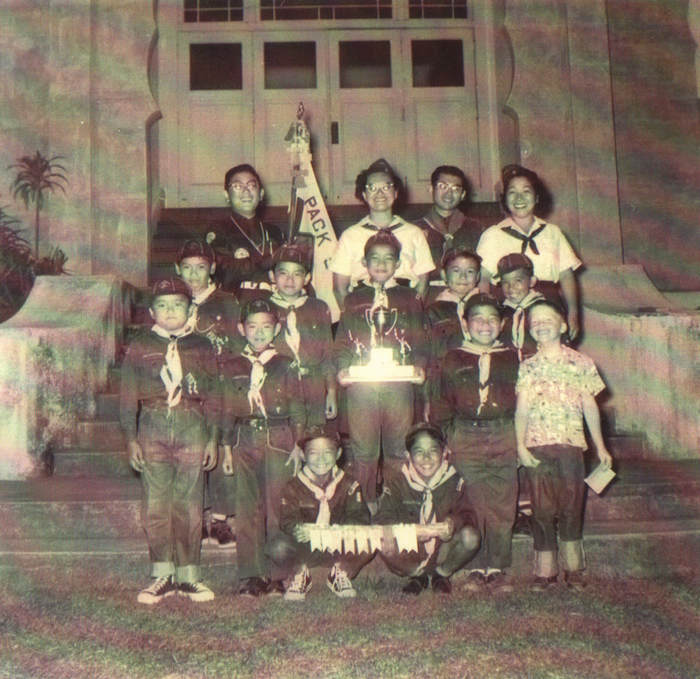 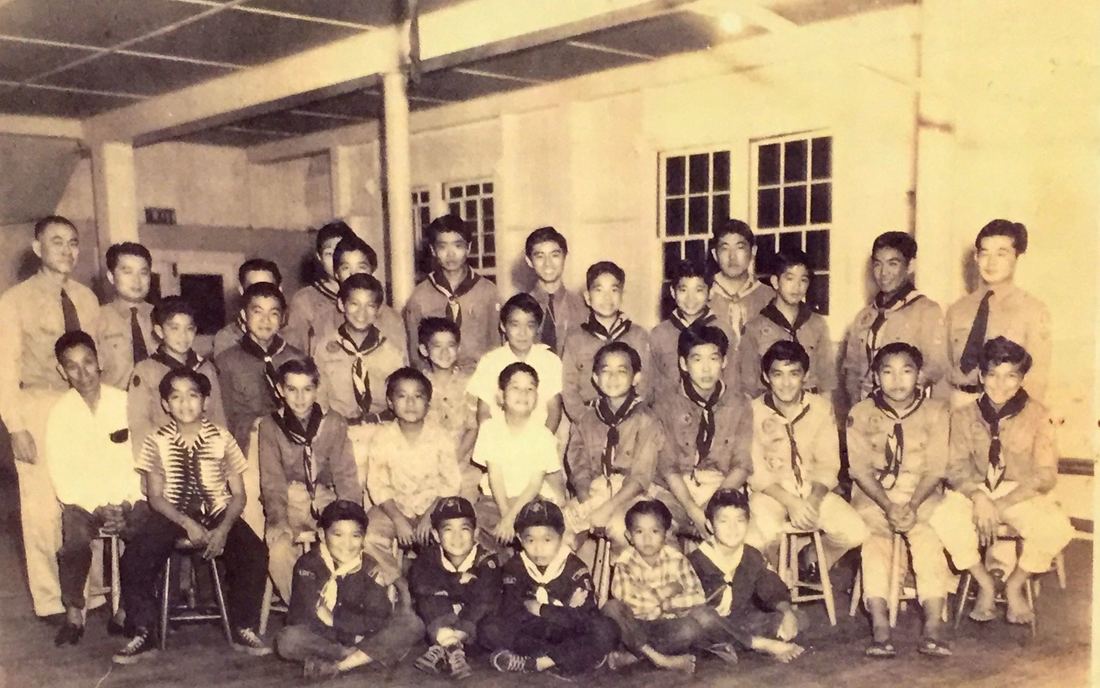 I have come to Hawaii in order to build a "silver bridge". Until now, I have remained in Japan, building a "golden bridge" to unite Japan, but henceforward, I wish to build a bridge to bring the different countries of the world together through the harmony and love contained in aikido. I think that aiki, offspring of the martial arts, can unite the people of the world in harmony, in the true spirit of budo, enveloping the world in unchanging love. 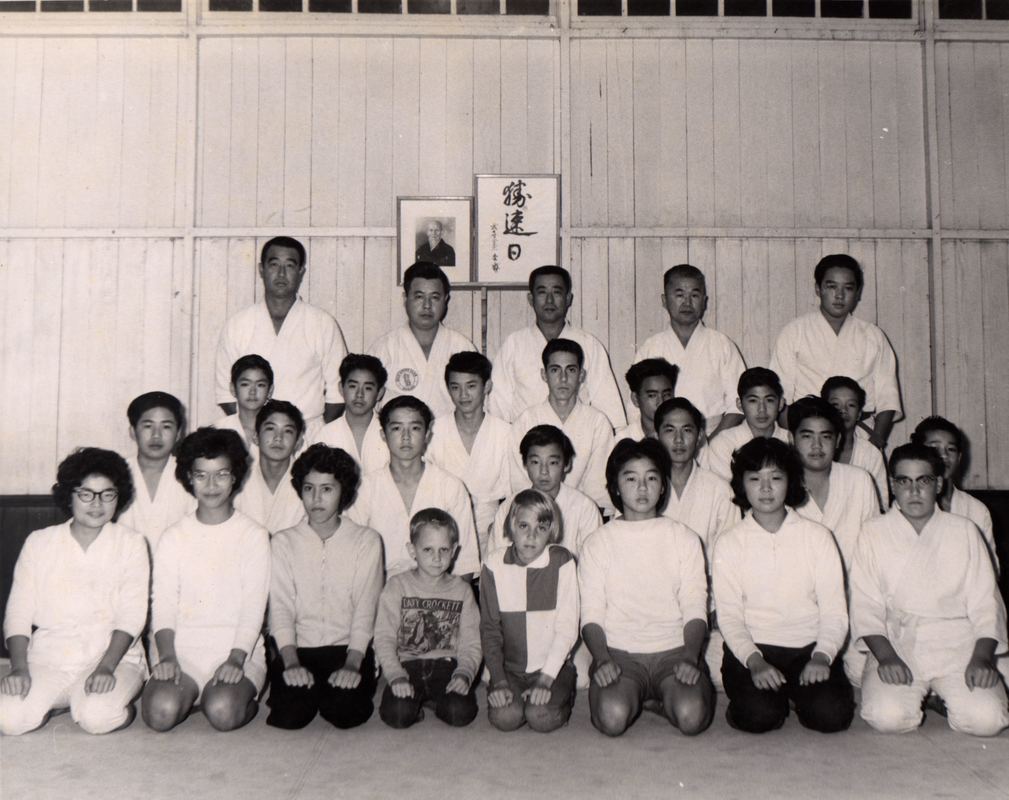