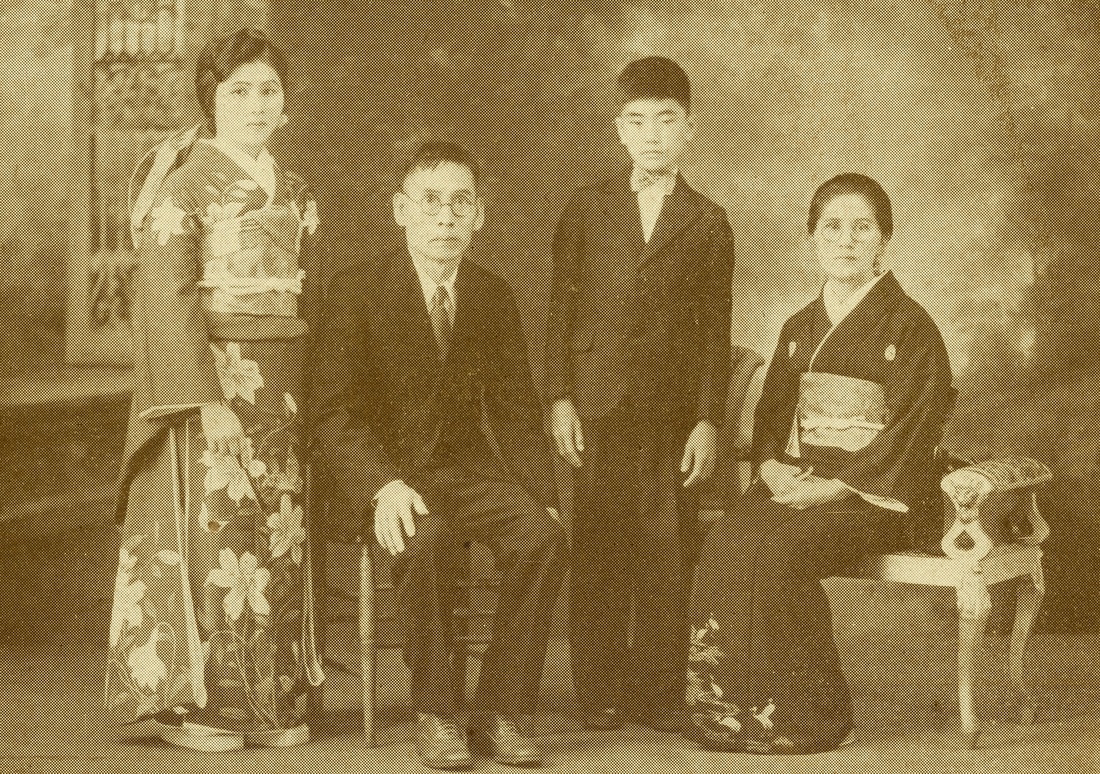 Kikujiro Yokoyama's family included wife, Machi, and 5 children: 1st son, Yoshio (married to Shizue), 2nd son, Yoshinobu; 2nd daughter, Tsuyako, and 3rd daughter, Ayako. The 1st daughter, Sadako, died in Honolulu flood in 1930. Pictured here are Kikujiro and Machi, Yoshinobu and (probably) Ayako circa 1934. Source: Light on the Ocean.
In Light on the Ocean, a history of Hawaii’s Jodo Missions published in 1934, he is described as a devoted member:
“Since January 1895, when he moved to Hawaii, he kept himself busy with his talent in leadership in many fields.
Since 1904, he was one of the founding members of Hakalau Church and its affiliated Japanese Language School, and till this year worked very hard as the principal. However, he retired this year and was given an honorary position. Since 1905 till present, he has been the Chief of Japanese department of Hakalau Farm Store. At the same time, he has been the president of Hakalau Showa Association, a local Japanese organization.

In his early years he worked very hard as a service assistant when the grand priests from Japan, namely Kami-i, Itsushima and Sakai, representing Bishop in Honolulu, made a visit to give a service. In July 1932, under the guidance of grand priest Sakai, he and his wife received higher religious teachings. This shows his rare piety and dedication.

On July 28th, 1922 he received a letter of appreciation from the present Bishop of Jodo Mission, grand priest Yamashita.

On June 4th of this year (1934) he was given an official recognition as a hard working contributor of 30 years." 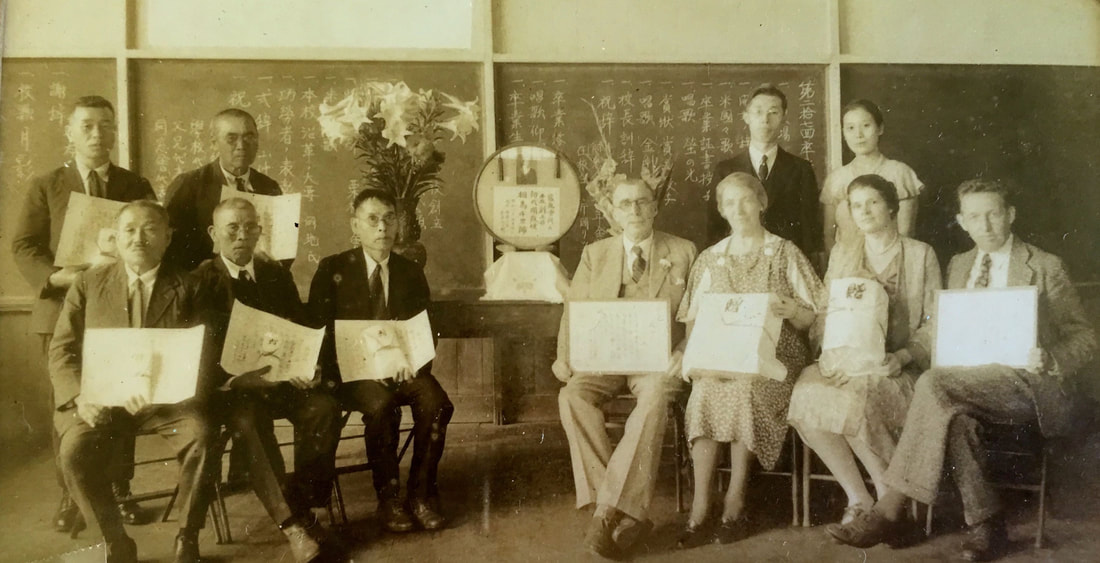 He is a little over 30, has 4 children, working for a plantation store there.  When he came to Hawaii over 10 years ago, he did not behave very well.  He has been studying English and Japanese culture hard after he was hired by the plantation store.  He gradually became reputable since he is smart and logical, then he has been working hard for the local society.  I am impressed.

He is from Yamaguchi-ken.  It is great that he works extremely hard and the store owner much trusts him.  He is not good-looking but true colors cannot tell from appearance.   He is not very friendly, but his wife is.  Businessmen should be better to be friendly, but it cannot help because that is his nature.  Though he is not friendly, it is way better than friendly gentlemen of fortune.  He is not arrogant like gentlemen of fortune.  As I wrote, he cares about public projects, and he does not show off. It is admirable...”

We are grateful for the contributions of Mr. Yokoyama to the Hakalau Jodo Mission and to the community. He was obviously an introvert with great talent, determination, and focus.
​The map below of “Up Camp”, was produced and published by Nekketsu Takei in 1914 in Hawaii Ichiran. This map is annotated to show where Kikuchiro Yokoyama lived and the location of the Japanese Language School. Mr. Yokoyama’s determination and energy led to the building of the Japanese Language School in “Up Camp” in the current location of the Mission. 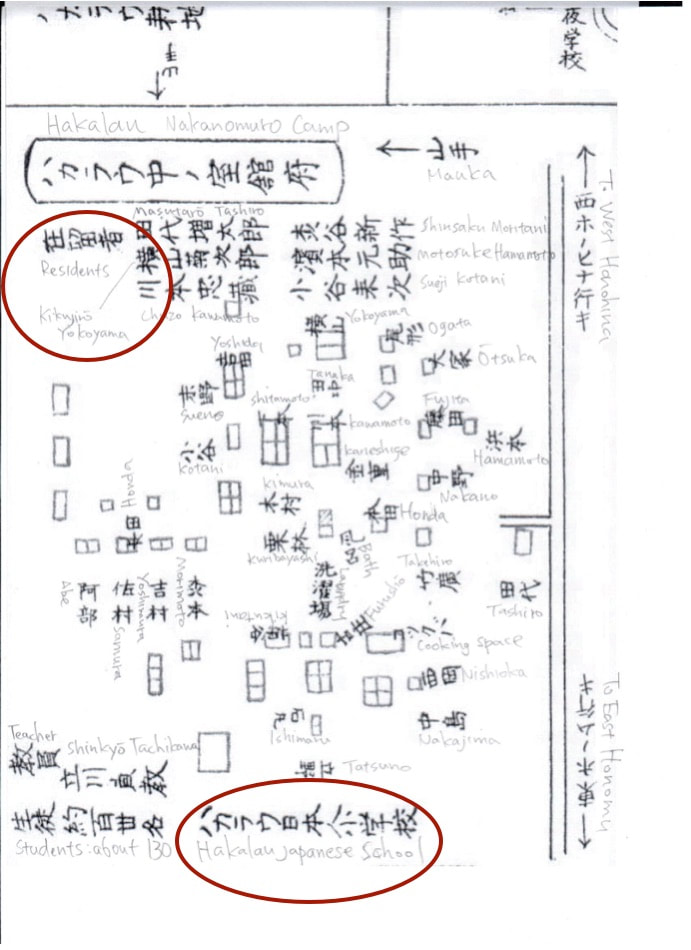 Map of Hakalau Upper Camp, "Up Camp", by Nekketsu Takei published in Hawaii Ichiran, 1914. Rev. Miyazaki translated the names and annotated the map.