The history of mail service in Hakalau illustrates some of the growing pains of the plantation and the community, and showcases changes in transportation, roads, and business development. The impact of the demise of the sugar industry and reduction in population is also reflected in the Hakalau Post Office.
Postmasters:​
Mail has been delivered in Hakalau since the late 1800s, usually by pick up at the Hakalau Store. The Hakalau Post Office was officially subsumed by the U.S.Post Office Department on June 14, 1900, when Hawaii became a territory of the United States. Postmasters knew everyone in the community.
Prior to 1928:
1928-1961: The "old" Hakalau Post Office, adjacent to the new Hakalau Store, opened circa January 1928 and served the community for 33 years. The building was torn down sometime between 1967 and 1974. 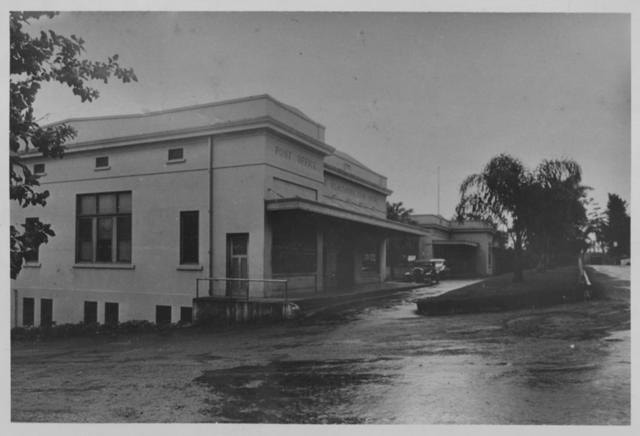 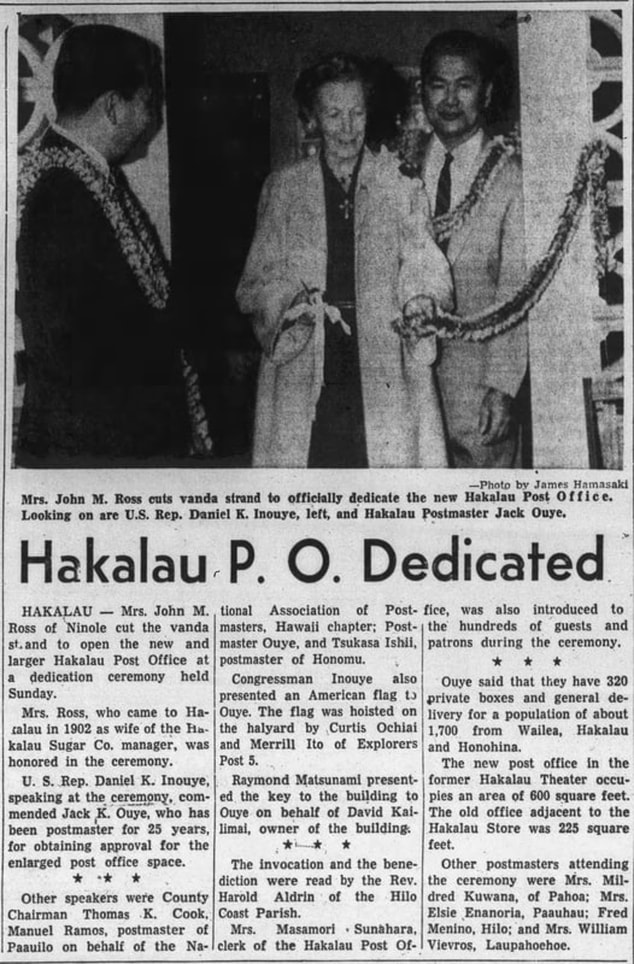 Hawaii Tribune Herald, December 4, 1961, accessed via Newspapers.com
1987-1989: Attempts to close the Hakalau Post Office affected many small post offices on the Big Island. Hakalau Post Office survived due to the community support. Jack Ouye, Postmaster from 1936-1971 and President of the Hakalau Recreational Council spearheaded the community support initiative.
1993: The Hakalau Community Association held a groundbreaking ceremony for the "Hakalau Project" to refurbish the gym, build rooms for senior citizen programs and move the post office to the side of the E.S. Capellas Hall (in front of Hakalau School). Source: Hawaii Tribune Herald, October 14, 1993, pages 14 and 22. The plan to move the Post Office came from community meetings and the PO representative from somewhere out east. The plans were approved and permitted but funding never came to fruition. The parking area was done and the highways division eventually took over for their own use.
2000: The Hakalau Post Office was not relocated adjacent to E.S. Capellas Hall. It remained in the old Hakalau Theater Building, along with another tenant, Hakalau Hall, a dance/concert venue for isle youth. 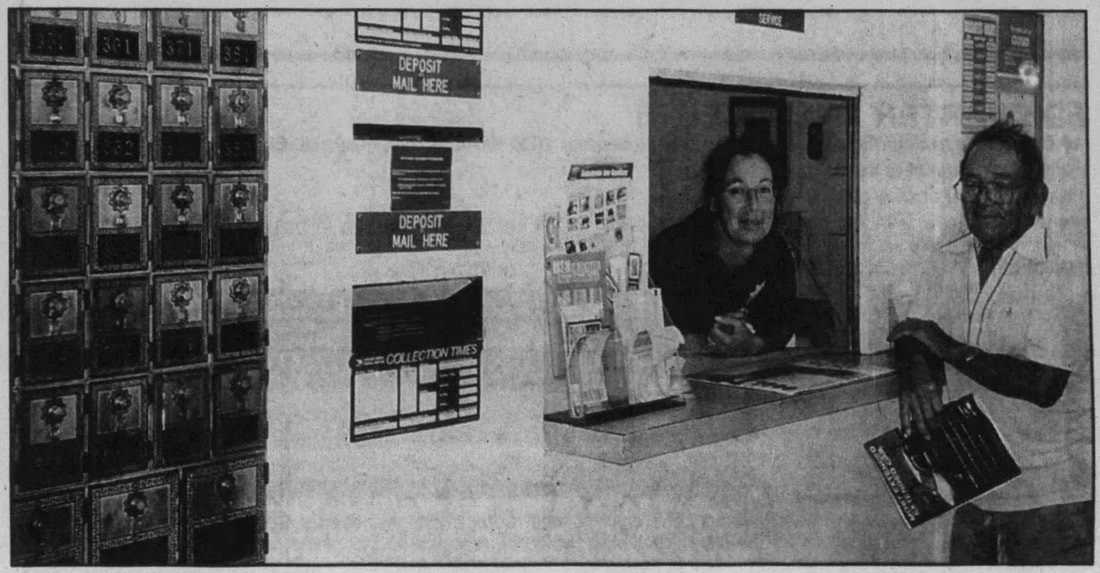